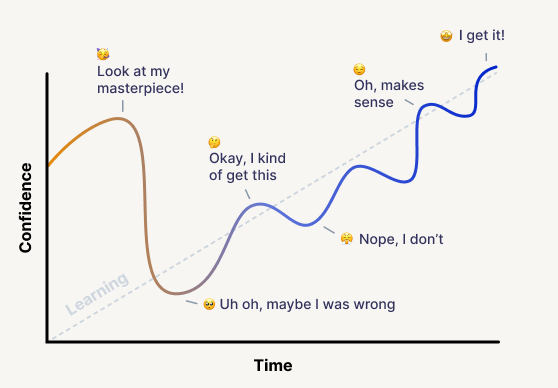 How learning happens at Eddy

Ed·dy / noun : a circular movement of water, counter to a main current, causing a small whirlpool.

In the early 20th century, following the dark days of World World I and the Spanish Flu, came a new generation of educators and philosophers who rediscovered modes of learning from centuries prior. They saw something far beyond an assembly line system of teaching for their era of education and focused instead on meaningful activity, participation, and how learning happens naturally for children.

They saw a problem with an educational assembly line for “success” model that required rote results. Instead, they shifted to a model of leaving time for creativity and deeper thought. They saw a new era of education that focused on how children learn and the success of engaging in critical and creative thought.

At Eddy, we believe we can be a small whirlpool outside the traditional institutions and bring back those ideas from the pioneers of the past. But before we begin to look into the future we must look back to the foundations to better understand the origins of project-based learning.

There is a long and varied history of what we now call “project-based learning” today. At its core, the pedagogy shows that in order to learn, you must first do. Even primitive humans learned by simple trial and error: testing as a matter of survival. The human race has evolved by ‘doing’ for thousands of years. The minds of history have lauded ‘doing’ as the exploration of higher thought: Confucius (551 BCE) and Aristotle (340 BC) were early supporters of learning by doing. Socrates (430 BC) modeled learning through inquiry, and critical thinking. Centuries later, the Industrial Revolution sparked a transition from agrarianism to new manufacturing processes in America and around the world. New values of speed and monetary value of production careened into the workforce: the Ford factory assembly line decreased production time, which led to productivity and innovation demand across industries. As society fixated on industrial efficiency, education looked for opportunities to streamline the process of learning as well. At the end of the 18th century, West Point adopted a method from James Pillans, a Scottish educator, using wall-mounted blackboards. With the help of the fast-growing railroad system to connect coastal industries, the American classroom quickly transitions from learners using individual writing slates to a standard practice of teachers at the front of the classroom presenting on-wall-mounted blackboards. 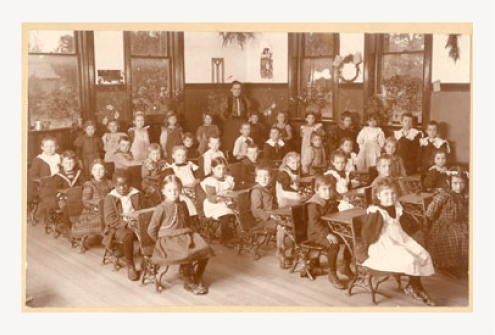 A Change in Learning

In the 19th-century, the United States embraced the metaphor of a factory model philosophy for education – a one size fits all conveyor belt of children moving through a system to be shaped into a polished end product. By the late 1960s, The Department of Education and Public Schools formalized this system in every state. However, in 1873, an economic depression forced the closing of many schools because of limited funds for supplies and staff.

"Give the pupils something to do, not something to learn; and the doing is of such a nature as to demand thinking; learning naturally results."

At the turn of the 20th century, educators and philosophers rediscovered “learning by doing.” John Dewey pointed out that, "Give the pupils something to do, not something to learn; and the doing is of such a nature as to demand thinking; learning naturally results." Trailblazers like Maria Montessori, Jean Piaget, Erik Erikson paved the way forward and focused on the foundations of early childhood development. They sought to prepare children for learning in a dynamic world. They believed the school systems of their time should concentrate on teaching a broad set of intellectual and practical abilities for a society that could adapt to an uncertain future. 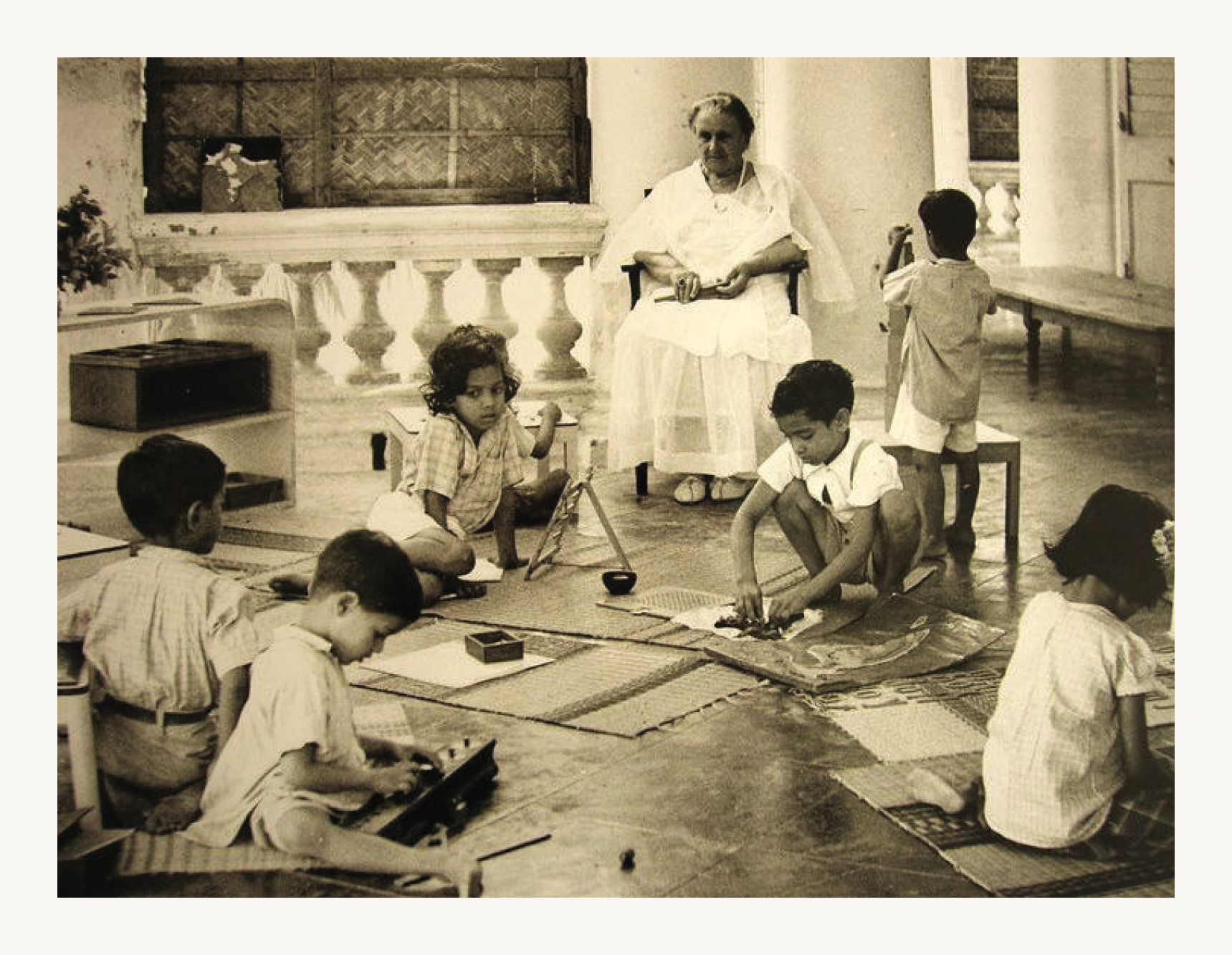 Unfortunately, America didn’t adopt these new ideas into its public system – it continued to iterate the same school system from the factory model. Standardized testing became integrated into school curriculum, based on tests done by the U.S. Army. This model of teaching prepared students to take tests as opposed to a more organic method of learning: learn at your own pace, self-directed activity, and creative choice. The teacher becomes taskmaster and teaches to perform on a test. The classroom is dictated by strict standardized curriculum guidelines and requirements.

Today, we see history repeating itself. The dark days of the Spanish Flu are now the current days of the global Coronavirus pandemic. Schools have moved to remote learning with teachers trying their best to replicate the model they were told to teach in the classroom. It is critical to share content seamlessly with young minds ill-equipped for such drastic change but the educational platforms and delivery modes weren’t there. In fact, they haven't been for the last several decades. Nearly every other sector in American economy and industry has harnessed new technologies to innovate in ways almost unimaginable to previous generations, yet our approach to education has remained largely unchanged for almost a century.

A New Way of Learning by Doing

Here’s where Eddy steps in. We want to integrate those “learning by doing” ideas from the past into a product for a new generation. That’s why we’re building tools for teachers to help bring their lessons directly to you – outside of the classroom. We like to say, we're turning teachers into the school. That’s because teachers are incredibly creative, but haven’t been given the digital tools needed to share their project-based learning lessons with the world. Sowe started Eddy: to open doors that enable teachers to share their amazing, creative thinking with the world.

Today, we're happy to announce that our initial beta release is now live. We would love to have you join us.

Eddy’s mission is to make tools for educators to create, publish, and collaborate with peers on best-in-class project-based learning lessons. Our goal is to challenge learners’ curiosities and give them the problem-solving skills they need to build a successful life.

To learn more, visit our Homepage, and read up on our latest news visit the Newsroom.